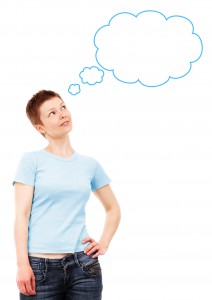 Facebook and Apple will both cover the costs of egg-freezing procedures up to $20,000 for individual employees, according to NBC News.

I have no intention to jump to any conclusions right away based on preconceived notions. In fact, this “offer” from these tech biggies is very inviting… to chew on. It is not a mere organizational perk announcement, it opens a Pandora box of questions and reflections on deep (even subconscious) changes in our perceptions, belief systems and socio-economic culture. The offer is simple: Let’s freeze your eggs, women, let us help you focus on climbing the corporate ladder. Motherhood can wait, if you want it to.

Women can’t have it all… at least simultaneously?

Yeah, yeah, this debate is done to death already. And recently a top woman leader infamously confessed what we had always been fearing – we women can’t have it all! Amidst a collective gasp, the world started deliberating whether it is better to do one thing at a time. So are you saying that to compete in man’s world, a woman has to keep her womanhood aside to fight fair and square and be like a man… impregnable, eggs securely frozen for later use?

Eggs can be frozen, careers cannot be?

With technology as our ally, it is easier/wiser to mess with biology than taking a break. You can have kids later at leisure but if you take a break, you may not have the sterling career you wanted. Believe me, all the noise about getting women back to work, flexibility options and whatnot aside, having a great career after a break is still an uphill task. Is it easier for organizations and women to put off maternity and concentrate on work first instead of finding ways to weave everything together?

Well, women never had an easy time no matter how they chose to lead their lives. If they want to excel at work at the cost of working insanely hard balancing work and home, they are labelled ambitious and ferocious. If they decide to focus on parenting and home, they aren’t admired much either. Add to this the burden of choosing (or not) to freeze their eggs! I suspect they will be judged if they do it and they will be judged if they don’t. There is bound to be peer pressure too.

There certainly are women who were asking for some option like this and the decision by Facebook and Apple to help financially is a significant benefit for such women, considering most insurance companies don’t cover the cost of egg freezing. Also, I would say it’s not unwise for women to focus on their careers instead of child bearing and rearing, if they haven’t yet met “Mr. Right” and are not ready to settle with “Mr. Just About Okay”. But comparisons are bound to happen. Now women who choose to reproduce conventionally will not only be pitted against men (who need not worry about freezing sperms) but also against more sincere or dedicated women who freeze their eggs.

I wish that were the case! But I am yet to see any solid evidence of more choices making our lives easier or less stressful. We hoped for it when good old television was replaced by plethora of channels with the arrival of cable TV. We hoped for it when we had whole knowledge of the world come to our feet in the form of Internet. Now women can decide when to have kids rather than inconveniently and rudely being ordered by ticking biological clock. They can have motherhood more like a hobby when they are more “settled” like I am planning to take up singing in my forties. But then, if humanity is moving towards frozen vegetables, frozen chapatis etc., why the heck not frozen eggs? At least it will keep pesky relatives at bay.

Women are important for business?

Well, there is no question mark for this one but it is good to see that organizations are waking up to this fact. There is no denying the importance and revenue impact of a balanced and holistic approach to gender equation at workplace. But since we want women for who they are, to get the balanced view, do we really have to do away with their womanhood to get them on board? Aren’t we trying to turn them into quasi-men, in a way?

It’s quite a distance from where we started, really. From being savage hunters to having family systems to cultivating to starting organized working in order to earn a living… Is it more important to work for a living… than actually living? Here comes the whole new set of questions like – what is living? For some people career can be the living… or can’t it? How does it affect others?

How will wider age gap between parents and kids affect?

How would having old parents to very young kids impact the society? How will the parent-child equation change subtly or apparently when there will be a 40+ years of gap between generations? Will producing kids as an after-thought affect parenting and family dynamics?

Does everyone even need to have kids?

This doesn’t relate directly to the topic at hand but I still wanted to touch it. I have nothing against people who plan their kids according to their criteria or opt out of having kids at all. In fact, I admire people who have the wisdom and courage to know and act on the fact that they don’t have “parenthood” in them. Human race, for sure, isn’t anywhere close to extinction so we can breathe easy and work on other issues without feeling guilty of not contributing to breeding, if we so want.

Are humans turning into machines?

For the paucity of space, I am not even going into the topic of side effects or perils of frozen eggs or failure rates or the emotional upheaval that comes along. The subject is well covered online along with the unknowns of this relatively new technology. My point is – are we turning into super productive robots that work on most efficient algorithm, leaving our less than perfect humanness behind?

Well, the debate is still on, and is just the tip of the iceberg of larger changes taking place; meanwhile let’s celebrate the fact that gender issues and other sensitive matters are being discussed with unprecedented openness!