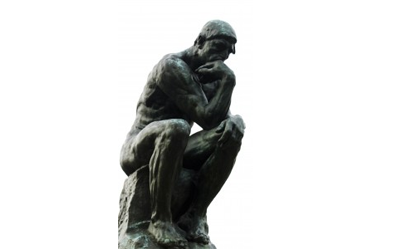 “So I have been blessed with this teacher and guide, who decided to be born through me. My son Sanil, 9 now, has always been full of inquiries, observations, deductions and theories… Ever since I can remember and ever since he started communicating, we’ve had these long chats about world, people, emotions, life, whatnot. And I love delving deep into our kiddy brand philosophy.”

“So, Sanil, what do you want to be when you grow up?” I asked him. I know, it’s a lame question, done to death, but sometimes you run out of questions and want to take the road most travelled, especially after an hour or so of chit chat on a lazy afternoon.

“I want to be Sanil,” was his prompt response.

“What is so great about being Sanil?” I was intrigued.

“Nothing. And everything. Mamma, everyone should be themselves when they grow up. And even before,” he said,” I am, for sure, going to be me, no matter whatever else I become along the way.”

Now, this wasn’t exactly the response I was looking for. It was nothing short of an eye opener to me. Whatever happened to those clueless little simpleton kids who would say “doctor” or “engineer” like a perfect recording right on the cue! I felt a little bad for that generation. 🙂 Neither did we know our minds so well then, nor could we speak our minds so freely. At least most of us.

Obviously, that got me thinking… have I been me? Or just the roles I have been supposed to play? What would it be like to be me? That, naturally led to the most fundamental question, the splinter put in our minds – “who am I?” – just like every other conversation Sanil and I have does.

Thank God for this splinter, otherwise we would spend whatever time given to us trying to be this, that, whatever… and not who we are. Because to be who we are, we have to know who we are.

The conversation also reminded me of an instance from the time when Sanil was in playschool. One day I received a frantic call from his teacher demanding to know what kind of things we taught him at home. I couldn’t get what she meant and definitely could not get her scandalized tone. Until she told me that on asking what he wanted to be when he grew up, he said and I quote: ‘Main ek bachche ka baap banna chahta hoon’. (Meaning: I want to be a father of a kid.)

The female who was fuming on the other end of the line became even more furious when I took a while to laugh out loud. The laughter just wouldn’t stop while I pictured my 3 year old baby saying that line. I don’t know what she saw in that sentence but what I could clearly see was his reverence for his dad. To that 3 year old boy, being a doting father was the pinnacle of achievement of adulthood. He wanted to be just like his father. And what was his father in his eyes? A father. A perfect father. That’s what he considered the best thing to be.

Yeah, I agree, the language could be a little less filmy. But, back then he was really into those Japanese- I remember, after calming down his hyperventilating teacher and laughing some more, I had thought of how we pick up what we want to be. There are so many role models, so many inspiring people ahead of us and so many desires planted in us we can’t know the roots of.

And then what do we be?

Many times, I have thought of asking some dying people what they became. Is that what they wanted to be?

But then I assess the risk of being thrown out by angry, mourning relatives and I sit back.

You don’t want to ask a dying person this question. It hurts.

So when do we discuss this question? At least with ourselves? Is there ever a right time?

Meanwhile, encouraging our kids to be who they are seems like a good start.

Not that this generation needs much of it.